We also have a Patreon if you prefer that, there's rewards and stuff there.

You are Sam Ruggles, a Boston merchant. You know that mica is useful because it is semi-transparent but strong, and able to stand up to high temperatures. There’s a lot of interest in using it in stove windows and similar fixtures. And you know that there’s a mountain up in Grafton, New Hampshire, that’s supposedly full of it.

So you buy the mountain and open a mica mine. You make some good money, hauling tens of thousands of pounds of mica out of the mountain each year. It turns out there’s mica all over the area, so you buy a ton of land – some 235 acres of it – and by 1831 you are just Sam Ruggles, Mica Merchant.

You die in 1843. Your heirs run the mine for another fifty years before they’re driven into bankruptcy. But the mine you founded – the mine that bears your name for all history – continues to operate until the 1960s.

Its then that the Wahlstrom family bought the mine, hoping to sell millions of dollars of mica to the booming electronics and construction industries. The problem for the Wahlstroms is that, it turns out, there’s mica in a lot of places, and some of those places don’t have industrial health and safety laws or minimum wages. Mica mining isn’t going to be profitable in Grafton, New Hampshire.

So you do what everyone is doing with everything in New Hampshire in the 1960s. You open it up to tourists. 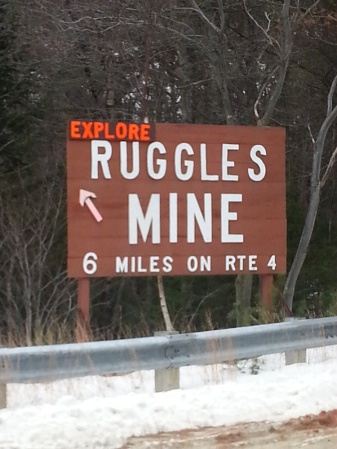 The 1960s was transformative in New Hampshire. Amusement parks like Santa’s Village and Story Land, which opened in the 1950s, were growing rapidly, supported by new organizations like the White Mountain Attractions Association. The creation of Saint-Gaudens National Historic Site, the opening of Strawbery Banke, and the construction of a highway system linking the state to Boston and beyond all helped spur interest in tourism to the Granite State.

The Wahlstroms capitalized on it. Ruggles Mine was a popular destination, especially for schoolchildren. Because the mine was still mineral-rich, it was common to visit and take home a sample, an activity encouraged by the owners. 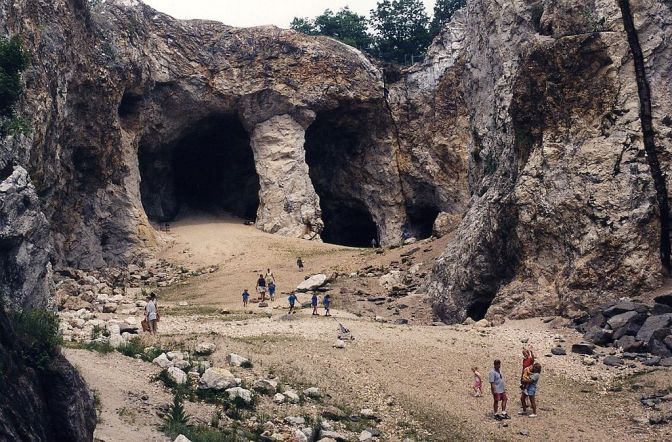 Now, though, it’s 2018. There’s still interest in Ruggles Mine as a historic property, but tourism to the mine has slumped a little bit. And the Wahlstrom family is ready to move on. So what happens next? After the mine was put up for sale a couple years ago without any success, some have turned to the state and proposed a new idea: Ruggles Mine State Park.

Most of New Hampshire’s state parks are scenic or natural sites, like Mount Washington State Park. A few are historic, almost all of them birthplaces or one-time homes of famous statesmen like Franklin Pierce, John Weeks, or of State Daniel Webster.

Ruggles Mine State Park (or State Historic Site) would be different. It would preserve and remember economic history and the mining industry that was once key to New Hampshire’s economic fortunes. There’s a real benefit to that: few remember New Hampshire’s mines or the role they played in New England’s industrial development. They’re often overshadowed by the mills and factories that Manchester in particular became famous for, the ones remembered across the border at Lowell National Historical Park.

It would not, technically, be the first park to honor our economic past. Derry’s Ballard State Forest, home of the Taylor Mill State Historic Site, has that distinction. Taylor Mill is a sawmill built in 1799. It still operates to this day, on weekends during the summer, to show visitors how these old up-and-down sawmills worked. The mill, which was moved to the site sometime in the 1940s from Sandown, New Hampshire, became the state’s when Ernest Ballard donated it and 71 acres of forest to in 1953.

Some other sites, like the ghost town Livermore, are preserved, too, thanks to their inclusion in larger parks (Livermore is located within the White Mountain National Forest). Factory history is preserved through national historic districts in many cities, especially Nashua, Milford, and Manchester.  But Ruggles Mine would be the first park to preserve not just a mine but a key part of industrial New Hampshire, and to do so not as part of another, larger park, or as part of the National Register of Historic Places, but as a state-run, state-protected park.

In a tweet, the New Hampshire Preservation Alliance voiced support for the park. “We’re all in favor of preserving the historic landscape of New Hampshire, from town halls and churches to mica mines. And of course, there are few mines as famous as Ruggles…”

View all posts by Pyramid Staff